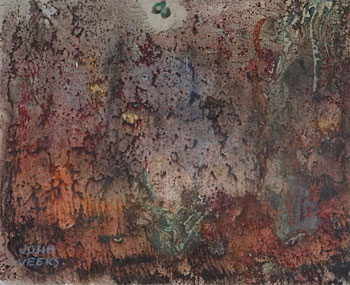 Weeks was an influential artist, both as a painter and as a teacher in the New Zealand art scene in the 1930s until the 1960s.

He was born in Devonshire, England and came to New Zealand at an early age.

Weeks studied at Elam School of Fine Arts from 1908 to 1911. He was an extensive traveller, spending time in England, Australia, Europe and North Africa, studying at the Edinburgh College of Arts and Andre L'Hote's Academy in Paris before returning to teach at Elam in 1929.