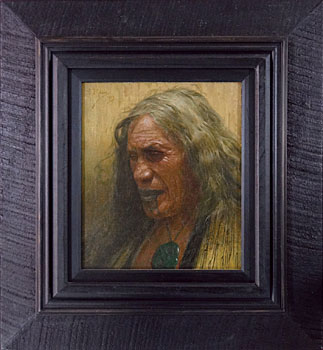 New Zealand Herald, September 21, 1983: Goldie Heading for $100,000. The article showing the painting with art dealer Peter Webb when the work was sold for a then record price at auction.

Hera Pua was the brave wife of Hori Te Whanaunga and fought alongside her husband in the 1865 battle of Orakau in the Waikato. In this work Goldie draws upon sketches and photographs of the subject taken in his youth, creating a compelling portrait of a memorable subject.