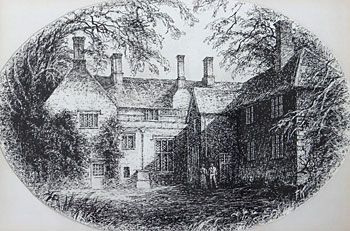 Felix Kelly is one of New Zealand's most interesting expatriate artists. Born in Epsom in 1914 he claimed to be two years younger most of his adult life. Kelly studied briefly, and even seems to have taught drafting at Elam School of Fine Art. He was only 21 when he left New Zealand in 1935. He never returned. In London Kelly continued his New Zealand occupation of graphic design, working for Lintas, the advertising wing of Unilevers. He also freelanced as an illustrator and cartoonist, especially for Lilliput. His cartoons are not unlike those of the slightly younger Ronald Searle. After the war and the RAF, the focus of his graphic art shifted to book illustration, dust-jacket design and contributions on interior decoration to such fashion magazines as Ideal Home and Harper's Bazaar. In the 1950s and 60s he was acknowledged as one of England's top designers for the theatre, working with the likes of Sir John Gielgud and Dame Sybil Thorndike.

Kelly's ambition had always been to succeed as a painter. Emerging in the context of Surrealism and British Neo-Romanticism, he exhibited alongside important British artists such as Lucian Freud, John Piper and Frances Hodgkins. He attracted the attention of the prominent critic and writer, Herbert Read. Kelly's paintings are characterised by his interest in a world forgotten by progress, great houses falling into dilapidation, wind-blasted trees, abandoned locomotives often invested with an eerie watchfulness. Rapidly, Kelly assembled a client list resembling a page from Who's Who or De Brett's. In late career, his knowledge of architecture led to involvement in house design, most notably his collaboration on the redesign of Highgrove for the Prince of Wales. His most celebrated project was, however, the mural cycle at Castle Howard associated with the filming of Brideshead Revisited in the 1980s.

Kelly travelled a great deal. Paintings of Spain and Italy in the 1940s were followed by West African scenes in the 50s and ante-bellum houses in America's Deep South in the 60s. Trips to Russia, Thailand, India and Egypt in the 70s and 80s each led to an exhibition of exotic paintings. In late career, Kelly would execute a small sketch characterised by loose brush-work, which would then be converted into a carefully executed big-scale painting. Both types of work appear for sale from time to time. Perhaps most interesting for a New Zealand audience are the paintings of Auckland subjects done decades after he had left home. Auckland's West Coast beaches or Takapuna with Rangitoto beyond, or paddle-steamers on the Waitemata, were evoked with an increasing degree of fantasy well into the 1960s. A quirky humour pervades his work.

Felix Kelly has to be one of New Zealand's most individual artistic exports. A comprehensive exhibition of his earlier work, curated by Donald Bassett and mounted by the Hawke's Bay Museum and Art Gallery, toured several New Zealand centres in 2008-9. A second edition of Donald Bassett's book Fix; The Art and Life of Felix Kelly, will be published later this year.